In this article I present a couple of simple PowerShell scripts which will modify the hosts file on one (or more) Windows machines, so that you can route traffic destined for certain domains to specific IP addresses with minimal fuss. The scripts do this by adding (or removing) entries to (or from) the hosts file and they do this idempotently[1], so you don't need to write any checks when adding or removing. In other words, when you add a host to the hosts file, it won't add it if it's already there.

It could be argued that modifying the hosts file is not really how you should be doing things in a production environment, but it's easy to imagine various scenarios in which it could be useful.

I'll also explain a few useful features of PowerShell scripts, such as the proper way to add support for the -WhatIf parameter.

Additionally, there's an extra script which enables you to copy your modified hosts file to multiple machines. This needs to be used with extreme caution (although it does make a backup of the remote hosts file), but is useful if you are trying to get precisely the same hosts file onto several machines in one step.

All of the scripts are in GitHub at:

If you need to override DNS settings and route traffic for certain domains to specific IP addresses of your choosing then, if you don't want to mess around with DNS servers and/or proxies, the easiest way is to modify your hosts file. But what if you're dealing with a cluster of machines? What if you're not sure if you've already added some of the hosts entries? What if you need a script to automate the process? Don't worry, I've got you covered.

Why would you do that?

A short while ago, I had a problem and I needed to roll out a quick fix in order to change the routing of traffic to certain domains, for reasons which we don't need to go into now[2]. I needed to do this on several machines in a production environment and I wanted to make it as safe as possible. Bear in mind that I've tidied up the scripts quite a lot since I ran them in real life. Scary stuff, eh?

There are other, less exhilarating reasons that you might want to do this, particularly when you are developing software.

There are three scripts:

This script adds entries to your local hosts file idempotently and can take three parameters:

You can see the idempotent nature of the script in this screenshot. 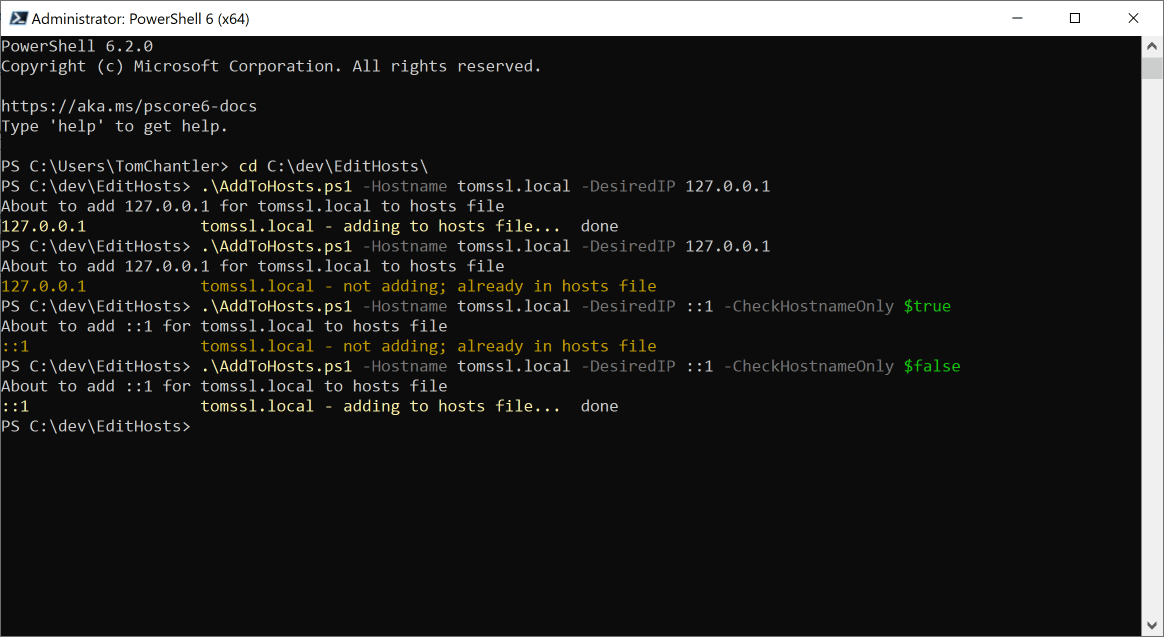 This script removes entries from your local hosts files and takes one parameter:

This script copies your local hosts file to one or more remote machines (it makes a backup called hosts.bak in the same directory before doing so) and can take two parameters:

As you can see from the screenshot, you get a nice colour-coded error message for any remote machines it can't reach and it will try every machine in the list once.

A note about -WhatIf

In PowerShell there are certain conventions and one of these is the -WhatIf parameter. In brief, adding -WhatIf to a cmdlet which supports it will show you what the cmdlet is going to do, without actually doing anything. Think of it like a trial run.

To add -WhatIf support to your own cmdlet, add the following to the top of your script:

If you've written a proper function (and not just a simple script), add it just after the definition, but before the parameters, like this:

There are a couple of ways to check if you're executing in -Whatif mode.

Which gives the following output (which is somewhat fixed, as you will see). Note that it doesn't execute the code contained in the curly braces:

You can also check it like this ($WhatIfPreference is set automatically):

Or even by doing this (which is a bit strange, hence why I did it in this script):

Checking in this way might be handy as you could optionally leave out the else clause or tailor your output (even omitting it completely if desired).

The really clever thing about -WhatIf

There are various reasons (not all of them nefarious) why you might want to edit your Windows hosts file to change the routing of certain domains. These scripts are a safe, easy way to do that, especially in the case where you need to update multiple machines at the same time. A little while ago, I used a somewhat less-sophisticated version of these scripts in real life to fix a major problem. I hope they can help you in a somewhat less stressful scenario. 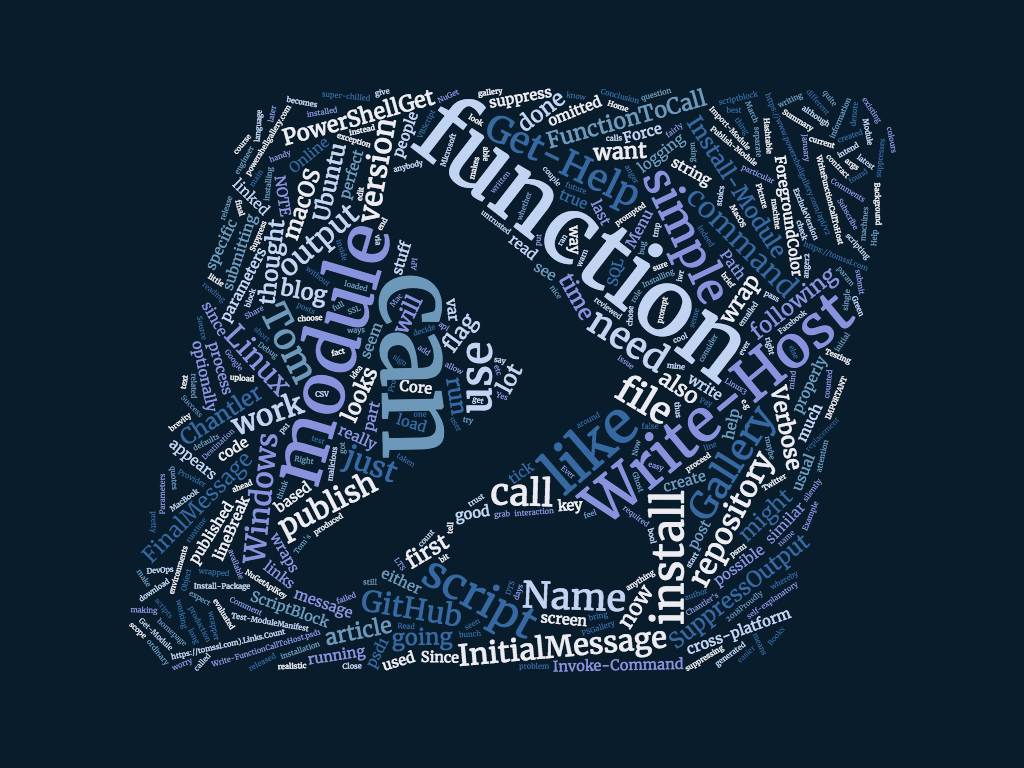 How to check the current version of Windows in PowerShell Core